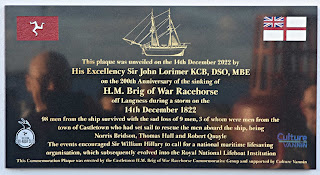 As we publish Brian King's book The Wreck of the Racehorse, we were invited to attend the ceremony to unveil a plaque marking 200 years since the boat sank.  We were incredibly lucky with the weather.  It was very cold - hey, it's December - but not raining or windy.  Gorgeous day.

Racehorse, as many of you know, was one of the two wrecks - the other one was of Vigilant, which Racehorse was supposed to be escorting home - which prompted William Hillary to found the RNLI.

The plaque was unveiled, as it says, by the Isle of Man's Lieutenant Governor, Sir John Lorimer.  Sir John represents the Lord of Mann on the island:  the Lord of Mann is better known elsewhere as King Charles III.

What is particularly nice about this photograph is that the gentleman reflected so prominently on the left is Sir John.  Having done his unveiling he stopped to chat.

(Am I allowed to say here that, according to the Admiralty, Racehorse was a sloop not a brig?  Yes, I think I am...) 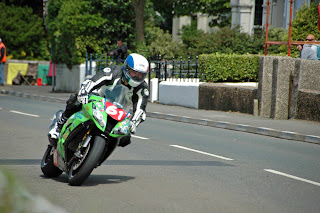 Of necessity an older photograph as the TT hasn't run for two years, courtesy of Covid.  The fortnight's racing starts tomorrow. For those readers who don't know - and there must be a few - the Tourist Trophy course runs for nearly 38 miles over domestic and rural roads (closed for the race of course), including across the shoulder of the Isle of Man's only mountain.  The lap record is just over 16.5 minutes, at the moment, which means an average speed of just under 136mph - they often top 200mph.  Imagine that going past your house. Loaghtan Books is not on the course, but not far off it.  We sometimes have to explain to printers why they can't deliver to us during TT fortnight.  Photographs such as the one above, help.
Read more
May 02, 2022 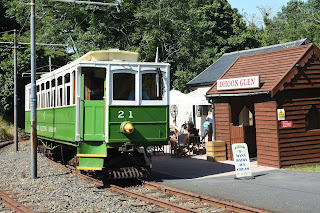 Over the last couple of years, with Covid keeping visitors away and affecting trade, we have, sadly, lost a few customers as they decided the struggle to make a living in a hostile environment wasn't worth the effort any more.  It's therefore good when we get a new customer who likes our books and wants to stock them.  The most recent is The Little Shed. For those off island, The Shed is the cafe at the end of Laxey promenade, which has been so phenomenally successful they've taken over the cafe at Dhoon Glen tram station, and thereby become a chain.  Anyone who can open in November during a pandemic and still be successful must be doing something right.  The Little Shed is the Dhoon Glen branch, and they now sell our books. The photo shows our delivery vehicle, as well as the cafe (the white building) and passenger shelter (the brown one).  Bev and her team have done a huge amount of work to turn a tired cafe into something really sparkling.  We're trying to get them t
Read more
May 11, 2022 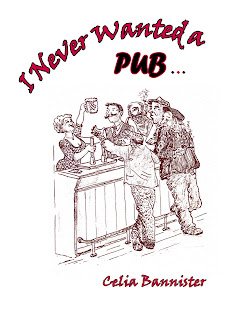 We've just taken delivery of a new book 'I Never Wanted a Pub' written by reluctant landlady Celia Bannister - cover picture above.  It's hilarious!  (And really difficult to proof read owing to me chortling so much.) Long-term Manx resident, Celia is now in her eighties but this is the tale of when she and her husband were the youngest pub tenants in North West England.  Set in the late 1950s/early 1960s, the various characters and their antics would not disgrace Monty Python. 'I Never Wanted a Pub' is also a first for Loaghtan Books.  We've never before sold a book to the driver delivering them.  Thank you Jason! We're updating our website at the moment, but 'I Never Wanted a Pub' will appear on it shortly. Seen on a pub chalkboard:  Buy any two drinks and pay for them both...
Read more