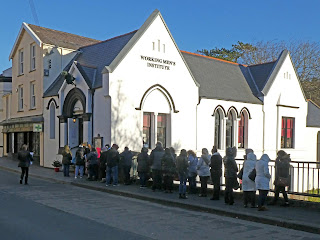 On Saturday we had a stall in the Laxey Christmas Fair, which is run over four venues and two days in Laxey, Isle of Man.  The picture shows the queues forming before the fair opened.  Unfortunately they were not all queuing for us, so we still have some books left if you'd like any. Getting there was quite exciting as Storm Arwen was still making itself felt.  On one particularly debris-strewn road I walked in front of the car, clearing bits of twig, branches, clumps of gorse and frightened birds off the road.  Then we met the fallen tree... We like doing fairs such as this, though, as it's one of the few occasions when we get to talk with real readers.  We listen to bookshops who tell us what their readers want.  Then we listen to readers who tell us what they really want.  Sometimes the bookshops are right. This sort of event puts us in a quandary, however.  It's lovely when someone says 'I've got all your books', but it does mean that we can't then se
Post a Comment
Read more
November 22, 2021 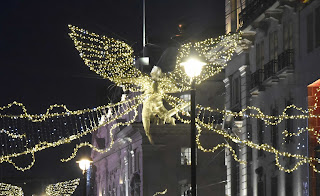 I once had an argument with someone who said that she thought you should only give gifts which you would like to receive yourself. I disagree entirely.  We're not all the same and so don't like the same things.  My father put it well when he said that the best gifts are those which the recipient would really like but would never buy for themselves. And that requires thought doesn't it?  Ever given someone batteries with the label 'toys not included'?  Of course not, so that's why so many of us think more seriously about our friends and neighbours at this time of the year than at any other, as we try to work out what they would really like.  OK, world peace, an end to global warming, no poverty and happiness for everyone might be a bit difficult to organise immediately, but getting everyone vouchers is just a cop out. One of the best gifts I've ever been given was a set of Imperial spanners.  Thank  you George. Good luck with your search. Incidentally, I hope
Post a Comment
Read more
November 11, 2021 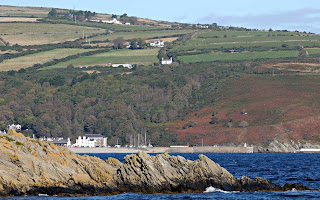 A couple of days ago I had to give a talk on publishing to the Lonan Men’s Fellowship.   It seemed to go quite well, there were lots of things to pass round, like a wooden printing block, and examples of letterpress and picture blocks, to say nothing of the odd glitch in published documents.   The audience was both knowledgeable and appreciative, and contained several published authors.   I am reminded of the late Duke of Edinburgh who said that he was often asked to give talks on subjects to an audience all of whom knew more about the subject than he did. The talk was held in Baldrine Methodist Hall.   It’s a typical church hall, built about a hundred years ago, of the type which used to be ubiquitous but is fast disappearing.   I liked it hugely, both for itself (I’m old fashioned) and because it reminded me of the hall in the parish in which I grew up.   That was a memorial hall, erected and dedicated to the memory of the fallen in the First World War.   I’ve always liked the fa
Post a Comment
Read more
November 02, 2021
In our last blog post we showed you our delivery vehicle. Like most places in Britain we've been getting rather a lot of rain.  We couldn't use the top road for deliveries as it was blocked by a washed-away tree.  We couldn't use the bottom road for deliveries as it was flooded. The MER was the only thing getting through from where we're based.  Customers in Ramsey and Laxey were rather surprised to see us arrive with their deliveries when they'd been told nothing was moving on the roads...
Post a Comment
Read more
More posts